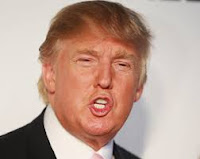 A couple of days ago, a friend from Scotland sent me an e-mail about the current US political scene:  "Please reassure me that Donald Trump has no chance of becoming President. I know the Republicans have put forward some pretty appalling people in the past but he really takes the biscuit. If he gets into the White House I want to be transported immediately to another planet."  I did my best to reassure her – all the while wondering how big that inter-galactic transport would have to be to carry all of us who are appalled at the current state of US politics!

Then, last night, I decided to try to watch the Republican debates – just to see how bad it really is!  Needless to say, I didn’t last long!  The entire field (or at least the “top ten” who were on stage during my viewing) were so uniformly bad, that I had to either stop watching or find an eye surgeon who could replace the eyeballs that were popping out of my head from multiple rolls!

It would be easy to dismiss these folks as “crazy,” if it weren’t for the dire warnings I receive in my inbox about my own (Democrat, supposedly liberal) senators, who are both “leaning” toward opposing the Iran nuclear deal!  (This issue, by the way, was apparently not even discussed during last night’s Republican game show!)


What I understand about this deal is that it is the best we are going to get, and that every country in the free world (with the exception of Israel – and I would question how “free” the population is there!) supports this deal.  Yet our fine US Congress is considering torpedo-ing it.  Why?  Is it because the Republican majority will do anything they can to make Barak Obama look bad (or to keep him from looking good)?  Or is it because Israel is exerting pressure on the politicians that they have “bought”? 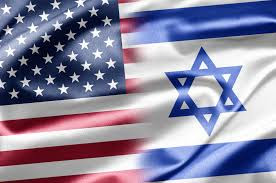 Not only is Mr. Netanyahu making personal appeals to American Jews, via the wonders of modern technology, I understand he will also be personally addressing the “freshman” US Congressmen and women who are, even as I speak, either in Israel (Democrats) or on their way (Republicans).  How can it even be legal for these Americans to accept this travel gift from a foreign government – never mind why would they opt to spend their summer breaks listening to an Israeli politician instead of listening to their own constituents?

The jokes about “United State of Israel” and “Israel is our 51st state” just aren’t funny to me anymore.  They are disturbing – and sad?
And, although the Iran deal is by far the biggest issue facing the US this summer, it is not by any means the only one.  Before leaving on their “recess” our esteemed representatives were considering legislation to criminalize BDS – a respected form of peaceful protest – because of pressure from the Israelis!

And please let’s not forget Ali Saad Dawabsha, the Palestinian baby who was burned to death when right-wing Israeli settlers torched his family’s home last week.  But the American media was too busy covering the “trophy killing” of Cecil the lion (also a horrendous act, although not close to killing a child!) and the media circus surrounding an election that is still 16 months away to give it much notice.  Or were they afraid that an honest news report might upset their Israeli “handlers”?

Yes, I’m ranting – and it’s probably time to stop for now.  There are a couple of politicians I need to call – and some prayers I need to say!
Posted by Dee at 12:06 PM