Running from the Candidates!

In 2008, I felt so overwhelmed by the pending election that, six months prior, I made plans for my “trip to Scotland to avoid the US elections!” Silly me! Of course, Scotland wasn’t nearly remote enough; my hostess, Anne, had her own Obama t-shirt and we spend election eve glued to BBC coverage – live from the US! Because of the time difference, the polls hadn’t even closed when we went to bed. (We awoke in pre-dawn darkness to learn that Obama had, indeed, won -  after which we both slept soundly the rest of the night!)

Fast forward six and a half years, and again I’m dreading an upcoming election – and wondering how far I will need to go to avoid 2016!  This time, though, it is even more difficult for me – because this time I don’t have the “Hope” that Obama promoted (or the “hopey/changey thing that Sarah Palin mocked!)

The slate of candidates that have presented itself (is it 16 Republicans?  Or 20?  And have any Democrats besides Bernie Sanders and Hillary Clinton have actually declared?) does not inspire confidence, especially when held to the scrutiny of their positions and history on Palestine/Israel.  That is one of the places where my lack of “hope” comes in! 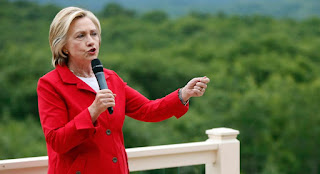 Hillary has been outspoken in her support of Israel for decades.  She has long touted the party line (Netanyahu’s party line, that is!), often to the detriment of US interests.  Recently she came out against the BDS movement, saying (in a widely-publicized letter to a wealthy Jewish/Zionist donor that BDS “seeks to punish Israel.”  In the same letter, she went on to claim that.  “Israel is a vibrant democracy in a region dominated by autocracy, and it faces existential threats to its survival.”

Those of us who have been working “in the trenches” of the BDS movement, one of the few non-violent tools available to Palestinians and activists who support the ending of the Apartheid State of Israel, dispute those claims.  And many of us also question if Ms. Clinton is the right person to lead the US into the future.

Because Ms. Clinton is a United Methodist, United Methodist Kairos Response (UMKR), an international organization working to end the Israeli occupation of Palestine by a number of legal, peaceful means (including BDS!) recently wrote to her about this issue.  (https://www.kairosresponse.org/Ltr_to_HClinton_BDS_Aug2015.html)

In addition to her pro-Israel/anti-US and anti-Palestine stand (nobody with a brain thinks a “two-state” solution is remotely possible these days!), I also have grave concerns about the number of “big money” donors she has attracted, and continues to woo. Thus, I do not support Ms. Clinton (although if she turns out to be the Democratic standard-bearer, I will hold my nose and vote for her. 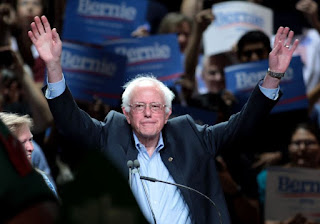 Bernie Sanders has many qualities I admire.  He is progressive (not a “Socialist” as the conservative pundits claim!), eschews taking donations from “big business” and seems to genuinely care about the “little people.”  On the other hand, he calls himself “an old Jew” and has demonstrated his reluctance to discuss the issue of Palestine/Israel on the campaign trail.

The closest he has come to expressing an opinion was in a recent interview in the Jerusalem Post (http://m.jpost.com/Diaspora/Where-does-Bernie-Sanders-the-Jewish-candidate-for-president-stand-on-Israel-412448#article=6017MTE3MTA0NjIxODRGMDJDNUQ3OUNGMjNBMjAzNjJCRjA=), where he was quoted as saying, “Do I think Israel has the right to exist? Yeah, I do. Do I believe that the United States should be playing an even-handed role in terms of its dealings with the Palestinian community in Israel? Absolutely I do.”  While this sounds promising, it is not enough to convince me that, if elected, he would give Israel the “tough love” that it needs to resolve this issue.

But an equally troubling problem is not with either of the front-running Democratic candidates – or, indeed, with the flock of Republicans who now appear to be attempting to “out-Donald” The Donald in spouting conservative rhetoric.  It is simply that this entire process is too long and too expensive.

We could pay a substantial portion of the $3.2 billion that the US sends to Israel every year with the money that has been spent – and continues to be spend – on campaigns that started six months ago and will continue for another 15 months!  We could also provide food, clothing, and medical care, repair our infrastructure – you name it – instead of finding ways to fund overblown campaigns for people who want to add “President of the US” to their resume – without even knowing what the job entails!

And the time – why oh why can’t we be like one of the many countries who limit their election campaigns to a finite period before Election Day (like a month or six weeks!) – and limit the money as well?!?

I’m starting my search for the perfect hideaway to sit out the next election – and am open to suggestion!
Posted by Dee at 7:24 PM