I woke up this morning to a temporary, partial power outage.  That is, I have no heat, but I do have electricity in my bedroom, bathroom and living room, while the kitchen, dining room and laundry room have no power!  This is clearly a “first-world” problem, as I know the electric company will get me back “on the grid” in a matter of hours.  Furthermore, I live in the Pacific Northwest, where the outdoor temperature is in the mid-40s, and not in a place with sub-zero temperatures and snow!  Also, I do have some power.  I can make coffee by moving my pot from the kitchen to a plug in the bathroom.  And, when I get cold, I can pile on an extra layer of clothing – or go out to somewhere close by where there is power.

All of this made me think of Gaza, though – and of what life must be like for them to experience not a partial outage, but a full outage, for most of every day.  Not only that, they don’t even have clean water that can be brewed into a cup of tea or coffee – or a reliable source of cooking heat! 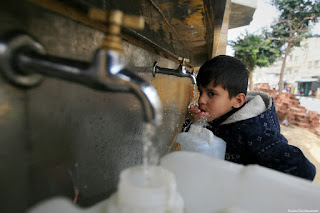 Most of the people reading this are only too well aware that, for the past several years the United Nations has been projecting that Gaza would be “unlivable” (due to lack of clean water and infrastructure) by 2020 – a year that is now upon us.

According to Sara Roy of Harvard University's Centre for Middle Eastern studies, a leading scholar on Gaza’s economy, “innocent human beings, most of them young, are slowly being poisoned in Gaza by the water they drink and likely by the soil in which they plant.”  Ninety-seven percent of Gaza’s water is undrinkable with only the upper 10% of Gaza’s population having access to clean water according to the United Nations.

And, while it is true that Israel withdrew from its settlements in Gaza in 2006, it continues to maintain a draconian land, sea and air blockade, controlling the entries and exits, all imports and exports, the electromagnetic sphere, the armistice lines (what Israel calls the border), the territorial waters, and airspace - as well as having a monopoly on the electricity in Gaza. 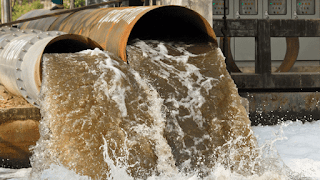 I could go on to talk about how the contaminated water has a grave potential for a serious health crisis in Gaza – or how Israel controls even the amount of food that goes into Gaza (essentially imposing a “diet” on every person in Gaza), but those of you who have read this far already understand what a serious problem this is.

I would urge everyone reading this page to immediately contact your elected representatives and ask them – in the name of humanity – to speak out for the people of Gaza!
Posted by Dee at 3:52 PM