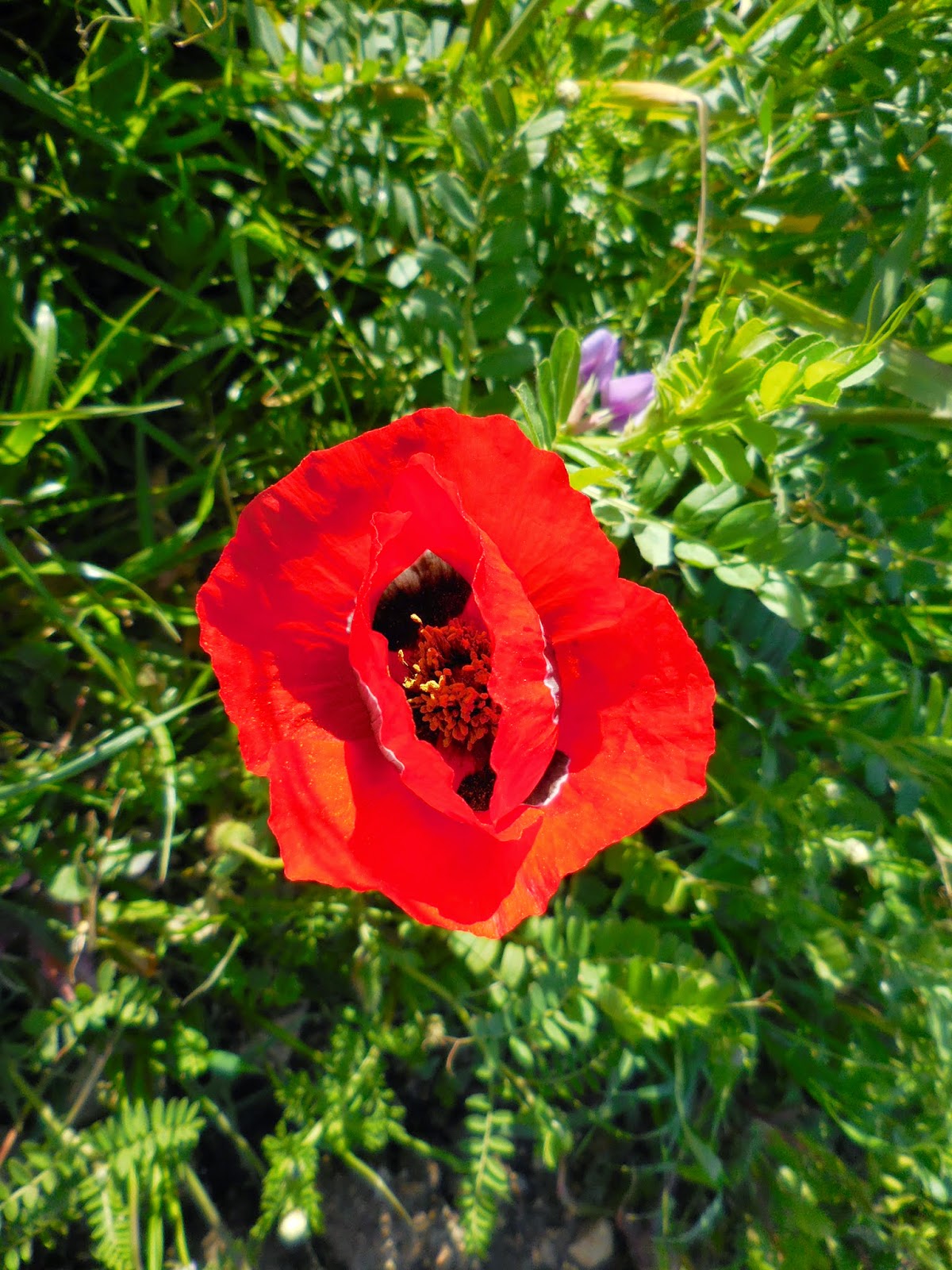 In many ways, it was wonderful to return to Palestine a couple of weeks ago.  I was happy to introduce a group of fellow United Methodists (8 from Oregon and 8 from Nebraska) to both the beauty and the heartache of the place, as we travelled from the Northern Galilee to the Judean desert, visiting holy sites and talking to Christians, Jews and Muslims about how the Occupation affects their lives, and what we can do to help.

Because I spent my time as an EA in the north (Tulkarm), during this same time of year (spring), there was a poignant joy in seeing the wildflowers on the hills, the green of the olive trees and the sparkle of sunshine.  And it was wonderful to share favourite spots with my friends – a walk in the Roman ruins of Sabastiya, a visit to the de-populated village of Bi’ram, time in the mosque and market of Hebron,  and a lunchtime visit with Daoud Nasser at the Tent of Nations.

At the same time, I was saddened by the changes in the past two years.  In Sabastiya, we learned that Israeli tractors were disturbing the ruins near the theatre, with total disregard for the archeological  heritage there that had earned it “most visited spot in the Middle-East” in 1965.

Save for the Israeli tourists who have no clue that a vibrant village once stood in the shade of the trees where they picnic, Bi’ram remains untouched by time, yet alive in the memory of the dispossessed who are now passing the history to their children and grandchildren, as well as to those visitors who are willing to stop and listen.

In Hebron, the shops of Shuhuda Street remain padlocked while soldiers and settlers wander its quiet streets, but the old souk was, if not thriving, at least open for business in defiance of the trash-catching nets overhead.  And, at the Tent of Nations, tree-planting to replace the trees uprooted by Israeli bulldozers last spring continues even as the surrounding settlements come ever-closer.

We spent an afternoon in Wadi Fukin, a Palestinian village on the outskirts of Bethlehem that was “adopted” by the Methodist Church several years ago.  In spite of the residents of this village having made two visits to the US for Congressional hearings on how the Occupation is affecting them, construction continues on the settlement above – noticeably larger and closer than when I’d last visited in 2012.
Of the 16 travelers, only three had been there before.  Watching the reactions of people seeing first-hand the reality of Occupation brought back my own memories of how I first came to this place (on a Methodist study trip in 2008).  When I returned from that trip, I knew I would be talking and teaching about it – but I wasn’t sure I’d ever return.  But, as I’d been warned, a visit to the Holy Land – particularly a visit where one sees ALL of the Holy Land – is life-changing.  Not only have I been back (5 times now!), but I can’t stay away!

I did not return home with the group.  My excuse was that I wanted to make a short visit to Petra (which I did!).  But what I really wanted was to spend a few days in Jerusalem by myself, walking in the Old City, talking to friends who have made their life work there, and enjoying the tranquility of the garden at St. George’s guesthouse, where I lodged for those few days.  I did all of those things – and now feel more ready for the difficult work of continuing my activism within (and without) the Methodist church.