With the approach of Easter next week, my thoughts have turned to last Easter – an Easter that I spent in the Holy City of Jerusalem, participating in an Easter sunrise service on the Mount of Olives – on the grounds of Augusta Victoria Hospital.  I was an EA last year – living and working in Tulkarm – and my Easter sojourn was one of my three two-day “vacations” from the job (the other two were in Tel Aviv and Jericho).

I spent Maundy Thursday in Bethlehem, on a placement visit with EAs there, and crossed over to Jerusalem (through the infamous “Checkpoint 300”) on Good Friday morning.  I crossed late enough to avoid the crowds of Palestinian workers, but was in the queue with Palestinian Christians who wanted to spend the holy day in the holy city.  Alas, for most it was not to be – the Israeli soldiers turned away these “pilgrims,” despite their valid permits, with impunity.  Likewise, most Muslims who wished to pray at the Al Aqsa Mosque were turned away; only a few very elderly men and women were allowed to pass.

Once in Jerusalem, I noted the heavy presence of soldiers at all gates to the Old City.  Here, too, pilgrims were denied access to Via Dolorosa and the Church of the Holy Sepulcher.  I ran into a few internationals that I knew – a Canadian minister, an American missionary.  They had just walked the Via Dolorosa and reported that local people were not allowed to enter the city; only members of the international community had the “golden ticket” to enter!

I proceeded up the hill to the Augusta Victoria guesthouse, where I was spending the weekend, and didn’t even try to enter the Old City until Sunday morning, after the sunrise service and before catching my return bus to Tulkarm.  The service was beautiful and the brunch at the home of the hospital’s chief administrator, was very pleasant, but I couldn’t get the local Christians out of my mind.

Why were we “foreigners” allowed the privilege of entering a place that was closed to the indigenous Christians who have been worshipping there since the time of Christ?  And when and how will this madness all end?

I believe most who are following the most recent “peace talks” have concluded, as John Kerry allegedly did a few days ago, that these talks, like all of their predecessors, will go nowhere and solve nothing.  I also believe in the power of the people (both abroad and in Palestine/Israel) will provide the ultimate “solution” to this intractable situation.  And I firmly believe that BDS is the best option available to obtain a “just” solution (I will expand further on this at another time!) 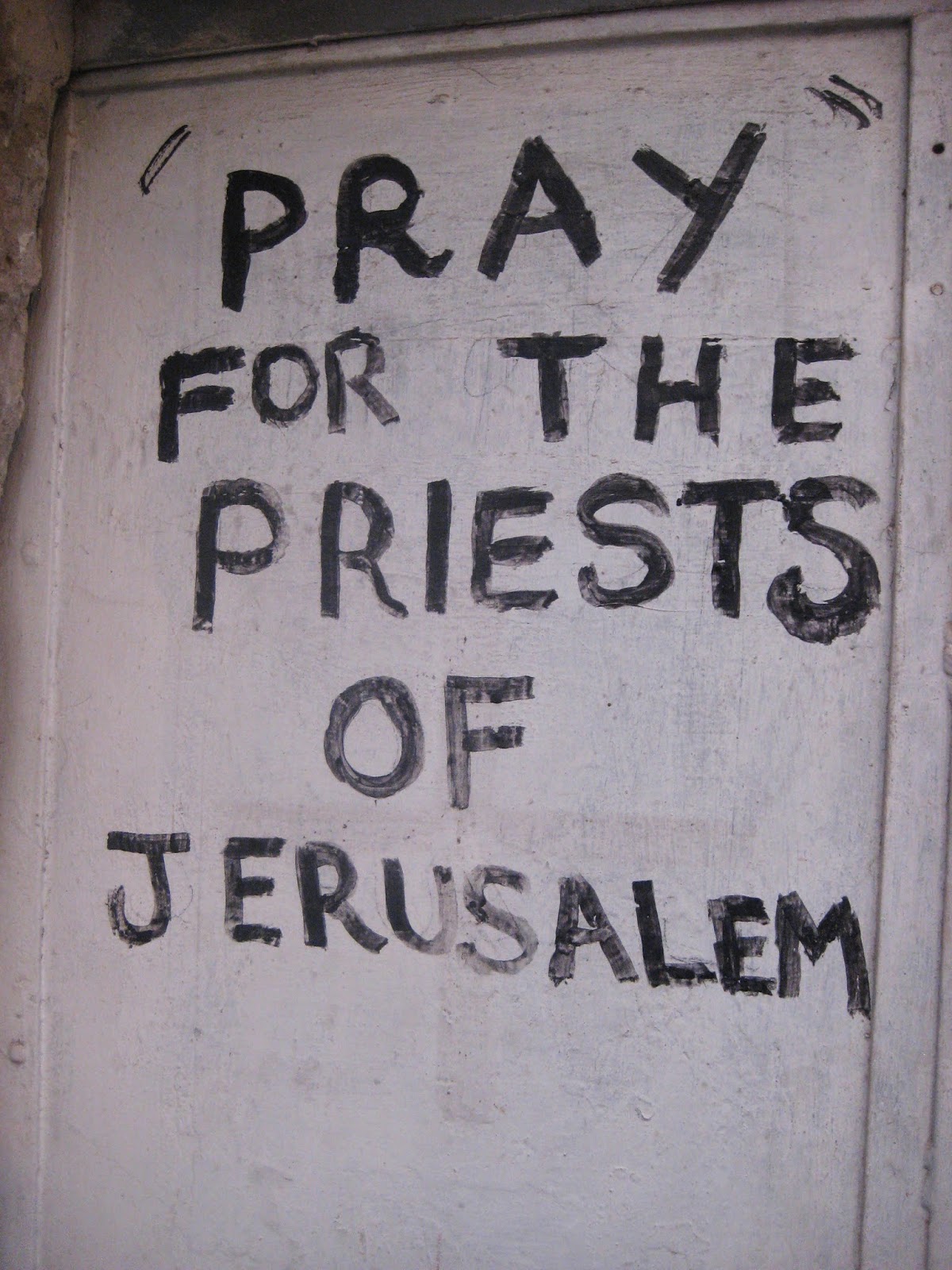 In the meantime, I understand that matters are even worse in Jerusalem this Easter season than last.  Fewer permits have been issued to Palestinian Christians (and those that have been issued have frequently gone to young children, but not their parents!); more soldiers will be manning the gates to the Old City; again, the local Christians – the “stones” who can trace their ancestry to the direct followers of Jesus – are being forced out.  Further, more children are being detained; more olive trees destroyed; more people are being killed and the lines at the checkpoints are even longer.  When, indeed, will they ever learn?