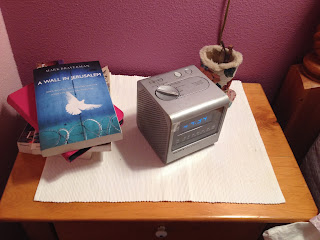 Time to update my reading list!  When I last visited this subject, in December, 2012, I was preparing for my stay in Palestine, and reading books to give me “background” on the issues.  Now that I’m home, I continue to read – both to keep myself current on “the situation,” and to be able to suggest reading material to others, in the hope that they will become better informed as a result!

When I do presentations – part of my advocacy work here in the US – I ask my audience to educate themselves on this topic.  And I distribute my own “Resource List,” which includes books and films.  Having just updated this list for a Sunday school class I am teaching at my church, I decided to share some new additions, along with a few titles that await further exploration:

Goliath: Life and Loathing in Modern Israel by Max Blumenthal.  This book is a bluntly-worded summary of Blumenthal’s travels in modern Israel and the West Bank since 2009 – the year Netanyahu became Prime Minister of Israel, and the year of “Operation Cast Lead,” during which the Israelis rained bombs on Gaza with unrelenting force!   Blumenthal, an American Jew, tells his story through a series of vignettes, each highlighting a different aspect not only of the Occupation, but of the travails of the non-Jewish citizens of Israel.  While I highly recommend this book, I would also suggest pacing yourself – and maybe having something “light” to read when you’re finished with it!  It is pretty intense!

Miral by Rula Jebreal – When I saw this movie a couple of years ago, I knew I had to read the book.  When Miral’s mother died, her father takes her to a school that had been started years earlier for refugee Palestinian girls.  Miral must balance her wish to obtain a good education and make her father and teachers proud of her and her desire to fight the injustices she sees happening all around her.

Fast Times in Palestine by Pamela J. Olson – Olson is an American who, 100 years ago would have been called an “adventuress.”  Rejecting the workaday world that her college degree would have provided, she opted for a life of travel – and, almost by accident, found herself in the West Bank, working as a journalist and living a life unlike any she could have dreamed of during her Oklahoma girlhood.  A wonderful look at day-to-day Palestinian life – with both its drama and its ordinariness!

A couple of other books that await their turn on my nightstand are:

A Wall in Jerusalem by Mark Braverman
What Do You Buy the Children of the Terrorist Who Tried to Kill Your Wife by David Harris-Gershon
Tomorrow There Will be Apricots by Jessica Soffer
Brokers of Deceit: How the U.S. Has Undermined Peace in the Middle East by Rashid Khaladi

All come highly recommend – I’ll let you know what I think!
Posted by Dee at 6:50 AM