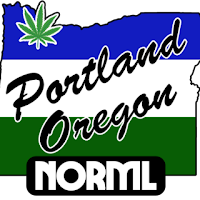 The City of Portland (Oregon) has once again blown an opportunity to make history!  As I wrote at the end of last year (“History – Or Politics” – December 23, 2016), following a long and contentious debate on what corporations should be placed on the city’s “Do Not Buy” list, the Portland City Council suspended city purchases of ANY corporate bonds for a four-month period.  Their stated purpose was to give the city (including the newly-elected Mayor and Commissioner, who would take office in January) a chance to “study” the bigger issue of city investments.

Predictably, the “study” was promptly passed off to the City Treasurer, whose proposal (as presented at this week’s City Council meeting) was to turn over ALL decisions on corporate investing to a Wall Street firm with its eye on the “bottom line” with NO regard for “social principles.”  In other words, the city-appointed Socially Responsible Investment Committee (SRIC) would be disbanded; the city would no longer entertain suggestions on what companies were “the worst of the worse;” and the Councillors would not place such companies on a list themselves (as they had previously done with WalMart and others).

Those of us who care about human rights were outraged – and showed up en masse at Wednesday’s meeting to say so.  As you may be aware, Portland is widely recognized as one of the most progressive cities in the United States and there is no shortage of people with opinions who live here!  More than 40 “peaceful protestors,” including myself, and a wonderful group called “Raging Grannies,” who testified in song, took to the microphone to express our concern about the pitfalls of the city’s “plan,” and to ask that the SRIC be re-instated and that their previous “do not buy” recommendations (which included Wells Fargo and Caterpillar) be adopted.

After almost three hours of testimony, the Council voted to make the ban on purchasing corporate securities permanent.  Their stated reason for so doing was that the amount of time expended in examining each of the companies that were brought before it, could be better spent on other aspects of city business (cited were housing concerns and potholes).

However, as it was stated that the city had to adopt a “financial plan” every year – and as the treasurer predicted that removing its corporate investments would come at a substantial financial cost – it is unlikely that they have permanently eliminated this issue – and all the “messy” conversations around it!
Posted by Dee at 11:02 AM