Stories Yet to be Told 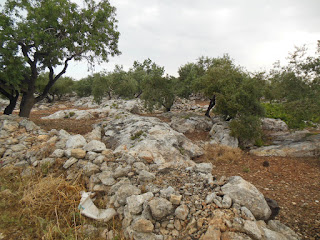 On the one-month anniversary of my return to Portland from Palestine, I did a presentation for my “church family” (First United Methodist of Portland, Oregon).  I’d already done a couple of “low-tech” presentations – showing snapshots and telling stories to small groups – but this was the first major presentation (i.e. more than 10 people) and the first at which I utilized Power Point.

Blessings on David Jenkins, the administrative assistant at my church, who used his creative talent to turn my “black and white Kansas” into a “Technicolor Oz” Power Point – complete with music and video inserts!  And blessings on my audience, for being kind and receptive!

While I was never really “nervous” about sharing my experiences, I’d had so many “suggestions” of what I should (or shouldn’t!) say, advice on how not to offend anyone, and advice on how to answer the “difficult” questions that always come up in relation to this topic that I was concerned about striking the right balance between facts, feelings and the stories themselves.

Because, when all is said and done, it is the stories that people are going to remember.  And, hopefully, it is also the stories that will make people realize what terrible things are happening and how our governments and politicians are contributing to the wrongs! 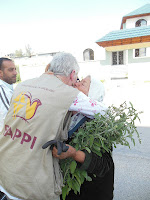 But all the stories don’t fit on a 45-minute Power Point.  They don’t fit in the postings that have been published on this blog since I started writing it last autumn.  And yet, they crowd my brain – and my heart!

There was the woman whose name I never learned, who stopped to talk to me when I was in the street in Fa’run, talking to Bassam about his demolition order.   Without a word of common language, she told me that she was a farmer who had to walk four kilometers to get to her fields in the “seam zone,” and that, sometimes, after she’d made the long walk on her arthritic knees, the soldiers wouldn’t let her through the gate.  She gave me a bouquet of herbs, and thanked me for being there; I gave her my tears and a hug. 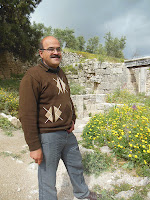 There was Ahmad, who coordinated peaceful protests in Sabastiya when the settlers were dumping raw sewage on their farm land.  To date, Sabastiya is the only Palestinian village where sewage dumping has actually been stopped – and Ahmad credits internationals and journalists for this!  He gave me an old Palestinian coin and a piece of the rubble from the Roman ruins in Sabastiya, and I wear them on a chain around my neck as reminder that sometimes it is possible to make a difference. 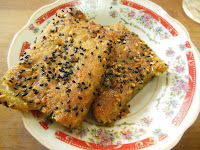 And there were the women of Shufa – with whom Adeline and I had a weekly English conversation group and who ended up being dear friends who laughed with us and shared their lives while they fed us amazing lunches!  I have just learned that, since my departure, the road between Shufa and Tulkarm has again been closed by the Israeli army.  Can the new EAs continue to visit them?  And are these wonderful women doomed to remain imprisoned by the Occupation?

As long as there are stories to tell – and people to listen to them, then I will keep telling them.
Posted by Dee at 8:30 AM