On my last day in D.C., while waiting for a train, I was suddenly struck with the difference between transport in the U.S. and in Palestine – and, through that, by a major difference in the lifestyles and mind-sets of the two places.

In D.C., as, indeed, in Portland and other US and European cities with public transport systems, there is, invariably, a system of schedules and notifications.  By means of an electronic display board at the station, I could observe, for example, that an “Orange line” train would arrive in 4 minutes; a “Blue” train in 8 and another “Orange” in 12.  And most of the time, the trains (or busses or streetcars) arrive at the scheduled times and nobody thinks much of it!

In Palestine (and indeed, in Israel as far as I could tell), the public transport system is very different.  While the futuristic-looking light rail running through Jerusalem makes an attempt to keep to a schedule, most other transportation is by bus or service (a sort of “shared taxi,” provided in vans).  These vehicles only operate when full, which make it very difficult to schedule appointments, or make time-sensitive plans with any degree of accuracy.  I have boarded services that have immediately left for their stated destination and I have waited almost two hours for a bus to fill before taking me where I wanted to go. 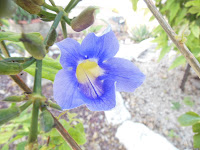 “In’Shalla,” they say -  “I’ll meet you at 10 – In’Shalla.”  Literally, it means, “God willing.”  It was the first Arabic phrase I learned – and the one that I still hear and use the most.  More than a religious phrase, it is simply a commentary on life.

For example, we usually figured that it would take about three hours to get from Tulkarm to Jerusalem.  In’Shalla that we didn’t have to wait long for a bus or service.  In’Shalla that there were no delays at the checkpoint.

I came to see this phrase as an expression of the less structured lives that the Palestinian people lived.  I was shocked, for instance, when Muawya, our driver-translator, received a wedding invitation two days before the event – and he told us that this was the way it was always done.  In’Shalla the wedding would occur as scheduled.  But why tempt the fates, who could always throw in a last-minute disruption? 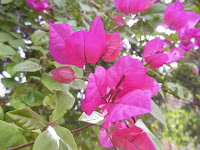 Once, while walking through the village of Shufa to a weekly women’s discussion group, one of the Palestinian women asked my Swiss colleague and I if we had “get-togethers” like this where we came from.  Fifteen women?  With nothing more pressing to do than spend the morning drinking coffee and laughing with each other and with their Western guests?

“No,” we replied.  “Women where we come from are too busy with jobs and families.”  And that, I reflected, is too bad.  While I wouldn’t have traded my usually busy life for the slower, more constrained lives of my Palestinian sisters, still it was nice to spend time in a culture where not everything had to happen yesterday – a culture where In’Shalla was a way of life!
Posted by Dee at 8:05 AM