The Families Left Behind 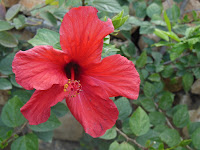 On April 4, two young men were killed by Israeli soldiers very close to where I live in Tulkarm.  [See 4 April blog post, “A Shooting in Anabta”].  The “story” of this shooting spread much further than is usual when incidents of this sort happen in Palestine.  Reports appeared in both European and US media outlets, as well as throughout the Middle East.  Some of you may have seen them.

As is often the case with media, reports of the “facts” can vary widely – and, from the perspective of those of us here on the ground, much of what was reported as “fact,” was either distorted or just plain false.  Nevertheless, the purpose of this posting is not to “correct” what you may have already seen or read, but rather to tell you a bit more about the two boys who were killed – and about the families they left behind.

Najih Bilbasih was 19 years old.  He left school at 17 because his father was ill and, as the oldest son, he was responsible for supporting his family.  He worked as a gardener and, in his free time, enjoyed tending his family’s garden.

He had four younger brothers, ranging in age from 5 ½ to 18.  The night of the “incident” that left Najih and his cousin, Amier Nasar, dead, they and two friends took a walk to the outskirts of Anabta, to the Enav checkpoint, a wide place in the road monitored by soldiers who rarely left their sentry tower.

Did the four young men throw stones, as their families and one of the survivors claim, or did they throw “Molotov cocktails,” as the Israeli army claims?  Either would be foolish, but neither demands retribution in the form of what Najih’s mother calls “murder.”

“They were shot in cold blood,” she says.  “They were running and Najih was shot in the back from two meters.  They meant to kill him.”
Amier was shot in the heart, also at close range.  “They (the soldiers) could have shot in the arm or leg to stop them and arrest them.  They didn’t have to kill them!” cried the grieving mother and aunt.

Of the two surviving young men, one was arrested at the scene and has been in detention ever since.  As is usual in such cases, neither family nor lawyer has been allowed to see him and, in fact, his family was not even told where he was.  Three weeks after the shooting the International Red Cross was finally allowed to visit him.

The fourth young man escaped the solders and went to the Tulkarm hospital, where he was treated for his wounds.  Upon his release from the hospital, he, too, was arrested and remains in custody in an undisclosed location.

And what of the soldiers who shot them?  Also young men – probably about the same age as the victims – puffed up on the pride of wearing a uniform and the sturdy American-made M-16s that they carried.  Do they feel regret?  Sadness?  Or, as many believe, were they lauded – even promoted – for “killing another Arab terrorist?”

In Anabta, the mourning and the questions continue.
Posted by Dee at 7:19 AM